Last year was one of the worst years on record for the US gaming industry. The lockdowns enacted all across the nation pushed the revenues of casinos across all states to historic lows in the first half of the year – this was a hit hard to recover from, even after the lockdowns were lifted and the casinos reopened across the country.

At the same time, the iGaming industry thrived, with online casino revenues reaching historic highs across the US. And the gamers’ appetite for convenient and accessible gaming in a variety that beats everything Vegas casinos can offer – the JackpotCity has more than 600 games in its library most of them slot machines – hasn’t decreased ever since, as shown by the first-quarter reports published by some of the major international iGaming groups present in the US market.

888 Holdings, present on the US iGaming market through a partnership signed with Caesars, has reported strong revenue growth for the first quarter of 2021 across all of its markets and verticals. The company reported an 18% increase in the number of funded active players and a 57% increase in its B2C revenues, not to mention its B2B division’s 20% growth due especially to its bingo and US-based operations.

888 CEO Itai Pazner revealed that the company is hoping to launch its sports betting platform in more US states in the near future, as well as to launch an upgraded online poker experience in collaboration with Caesars Entertainment.

Evolution Gaming, “America’s leading live casino” has reported a whopping 105% YoY growth in its revenues, with its operating profit also growing by an impressive 148% for the quarter. According to Evolution CEO Martin Carlesund, there’s an increasing appetite for online casino games around the world, and he believes that the company he leads can capitalize on it.

Kambi Group, a B2B supplier of sports betting services, has launched in Michigan, Illinois, Virginia and Arkansas this year, now covering 14 states in total. While its revenues grew by a more modest margin, just 55% year-on-year, its profits after tax tripled compared to the same period of last year.

Kambi CEO Kristian Nylén attributes this “exceptional performance” to the busy sports calendar, including the end of the NFL season and March Madness.

Kindred Group considers its presence on the US market a marathon rather than a sprint: a long-term investment that continues to pay off. While the percentage of its Q1 revenue growth is the most modest of the four major gaming groups, “just” 41% compared to the same period of last year. But its profits after tax greww to a whopping £72.6 million (over $100 million) in the first quarter. And its revenue growth in the US market was truly impressive: 185% year-on-year, making this its best quarter – so far.

How Steroid Can Harm Teenage Development 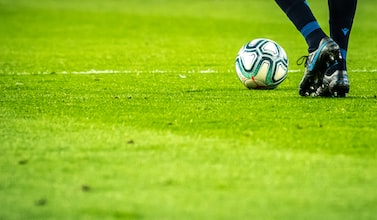