Predicting the focus of an election before the campaign begins can be a bit of a gamble.

Not that long ago, the conventional wisdom was that the COVID-19 pandemic, having dominated Ontarians’ lives for the past two years, would also dominate Ontario’s 2022 election campaign.

Then the pollsters started getting an earful about affordability and the rising cost of living. Although the government’s handling of the pandemic still looms large for many, those pocketbook issues now seem poised to be the top concern for the biggest proportion of Ontario voters.

Yet voters don’t always cast their ballots on issues; their gut feelings about leaders often play a crucial role. If there’s one overarching theme driving Ontario voters’ party preferences more strongly than anything else, it’s how they feel about Doug Ford.

The Progressive Conservative Party leader has become a larger-than-life political figure in this province. Ford is one of those politicians who provokes intense feelings of either support or condemnation. There are few voters in Ontario who don’t have an opinion about him, and those opinions tend to be held rather fiercely.

That polarization, plus his ubiquity during the pandemic and the elbows-up way he governed before COVID-19 all combine to make this election, in large part, a referendum on Ford and his roller-coaster term as premier.

The Ontario NDP and the Ontario Liberals also seem eager to frame the election in this way, each trying to capitalize on anti-Ford sentiment.

From my conversations with PC Party strategists, their reaction to that could be summed up as: “Bring it on.”

The PC campaign team feels that Ford’s persona blends well with its campaign messaging — a forward-looking optimism-tinged pitch about getting things done. It would be happy for the other parties to try to make this election about Ford.

While anti-Ford voters may not want to hear this, there’s a significant chunk of people in this province who like him a lot. PC strategists tell me that Ford polls well among union members, working-class voters, commuters in the 905 and northern Ontarians.

Scott Reid, a longtime federal Liberal adviser, says those particular polling results tell him the opposition parties must sharpen their attacks against Ford.

“If you don’t prick the balloon that is Doug Ford, then you’re not going to win this campaign,” Reid said on the Curse of Politics podcast on Tuesday.

He believes they can find ammunition against Ford from his handling of the pandemic, such as the decision to close playgrounds in the face of the third wave.

Alex Callahan, public affairs director for Strategies 360, a government relations firm, believes the fundamental choice in this election will be framed around the PC leader.

“I think the question is: Do people want change? Or do they want what they’ve been getting from Doug Ford?” said Callahan, a former Ontario NDP staffer, in an interview with CBC News.

Callahan said Ford governed with a lot of bombast pre-pandemic, and he believes many voters were often displeased with the reasons why Ford was getting into the headlines as premier.

“If it’s not for something that’s making their lives better, I think that’s generally frustrating to people,” said Callahan.

Karl Baldauf, vice-president of McMillan Vantage Policy Group and a former chief of staff in the Ford government, said he’s surprised the Liberals and NDP have not made a better case for change.

Baldauf said the Tories would prefer to make it about how to lead the province on a path to prosperity. And he’s not convinced the PCs really want the election to be a referendum on Ford.

To win this particular referendum, Ford doesn’t have to get 50 per cent of the vote plus one. In fact, all he really has to do is hang on to the voters who went with him in 2018.

In particular, his key target is the roughly 600,000 people who weren’t traditionally PC voters before the last election but who came on board in 2018, boosting the PC vote share to 40 per cent, up from roughly 30 per cent in each of four successive elections.

They’re the people Ford really needs to persuade that he did a good enough job as premier to give him another chance.

If the NDP and the Liberals want to make the election a referendum on Ford, they’ll need to present a compelling case to persuade Ontarians to vote “no.” 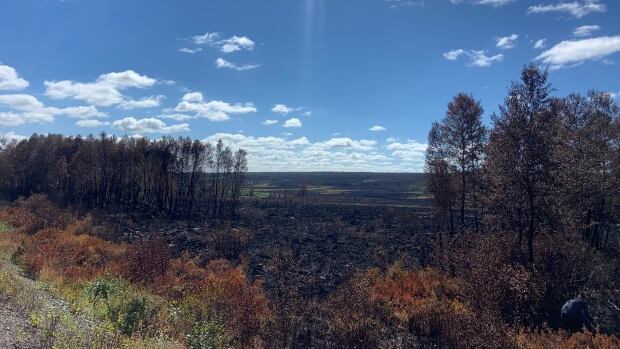