DALLAS (CBSDFW.COM) — The Murzins huddled together on their back porch. It’s been two weeks since the family of five lost the person who was their biggest cheerleader and champion.

“We beg for the community to please call Crime Stoppers,” says Christina Murzin. “Please turn yourself in. Please help us solve this crime. He deserves justice.”

Christina married 53-year-old Chris Murzin more than two decades ago. They have three children. Caroline is a high school senior, Dutch is 12-years-old, and Jack is their 21-year-old.

Jack is a special needs adult who has been confined to a wheelchair his whole life. His condition makes it very difficult for anyone to know just how much he comprehends what happened two weeks ago.

“Chris was Jack’s biggest champion for sure,” says Christina, as she tried to fight back tears and gather her words. “Definitely, Chris and Jack had a very special bond and I know Jack.. I know he will miss him. And will miss his enthusiasm for life and for all the fun things they did together.”

A 911 caller described what she says happened. “They are going in and out of traffic and finally this silver SUV catches up to the black SUV and pulls up to the side of them and they see the gun fire a shot into the black SUV on the driver’s side and then the black SUV wrecks out,” explains McDaniel.

Murzin’s car came to a stop near the median in the middle of Interstate-20. He later died at the hospital.

Detective McDaniel and the Murzins are now asking if anyone who was near there, knows anything, or saw that silver SUV.

“Whoever did this needs to speak up, or someone who knows the person that did this, because there is just so much that was taken from us and he didn’t deserve it,” says his daughter Caroline who is heartbroken that her father will not be here to see her go to college and walk her down the aisle. She talks about how he cheered for her teammates in basketball as much as he cheered for her. “He was like our team dad. Everybody loved him.”

Dutch sits not far from his sister, brother and mom holding back tears as he listens. His only anger shows when asked what he would say to the person who did this. “You’re not a good person at all… You killed a really good man.”

Murzin was named University Park Citizen of the Year in 2008. He worked to make sure every park in the Dallas area was barrier-free. He wanted to ensure Jack, and all children with any challenge, could play on the playgrounds.

Christina smiled telling stories about how her husband spent his life as a “true inspiration to everyone, not just the special needs community but everyone on just how to be, how to live life to the fullest, be bold, support others.”

She shared a story from December 2020 when Chris left work downtown. He found a homeless man, with no legs, sitting in a wheelchair way too big for him. She says Chris stopped to find out his story. “Chris came home and bought a smaller wheelchair on Amazon to fit him, ordered it, put it together and got him all set up,” says Christina who shared a picture of Chris smiling beside his new friend.

“That was him. That was just one example of his heart,” cried Christina. “It really didn’t matter who you are or where you came from.”

As the Murzins ban together now, none of them can comprehend the loss, but they worry no one is more lost than their son and brother, Jack, the young man who was so used to having his dad right by his side, rubbing his head and providing the comfort only a parent truly can.

“We know that he (Chris) is in Heaven and he is well but we sure are not. We are not well, are we?” Christina turns to her son Jack who gazes back at her with a very serious look. “We miss him so…so please help us find who did this please!”

Anyone who knows who the shooter is or has information about the road rage incident is asked to contact authorities.

Information can be sent to the Dallas Police Department by contacting Homicide Detective Tonya McDaniel at 214-671-4236 or by sending an email. Please reference case #025379-2021. 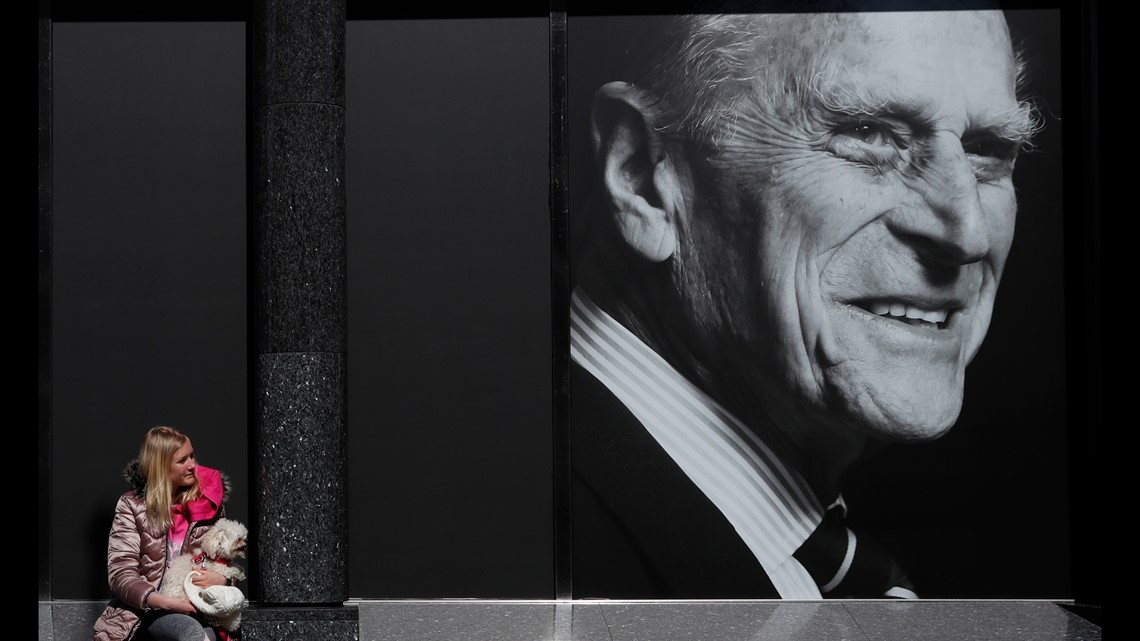 Funeral to praise Philip’s ‘courage’ and support for queen

Funeral to Praise Philip’s ‘Courage’ and Support for Queen