It was almost a typical Saturday morning at St. John the Baptist Catholic Church in Baldwin Park.

The Rev. Michael Gutierrez, whom the San Gabriel Valley community knows as Father Mike, had just gotten off a Zoom call with teens on a retreat. On-site, there were three baptisms and a wedding, as well as church services planned for the evening — both outdoor and virtual, in English and Spanish.

Most appointments were reserved for members of the community, who were contacted through the church and through volunteers from L.A. Voice, a nonprofit, multifaith, multiethnic organization that provides resources and education about social justice issues. During the pandemic, L.A. Voice has been hosting food distribution drives and forums on tenant rights in the same parking lot.

But prepandemic, this is where the church had its annual fiesta.

“There would have been games and food,” said Fernanda Sandoval, who was raised in the St. John the Baptist parish community and has volunteered for L.A. Voice since she was a preteen.

Instead of the annual tradition of crowning a parish fiesta king, queen, princess and prince, in the parking lot for the vaccine clinic was a long line, leading up to tables where people got their shots, and a separate area for people to sit for the 15-minute observation period.

A luxury Texino camper van — converted into a mobile vaccination clinic, with freezers and trained staff inside — carried the vaccine doses.

Jose Aceves was overseeing it all for Curative, an L.A. startup that has provided COVID-19 tests and vaccines.

Aceves lives in the San Fernando Valley and through his work has served vulnerable populations from San Pedro to Irvine to Northridge.

“Our mission is to help end the pandemic,” he said.

Though the mood is calm, Solis feels the urgency. It was important to her that most of these vaccine doses went to the most at-risk members in her community.

“Otherwise it goes to people on the Westside,” she said. “And I hate that. That’s not what it’s intended for.”

This clinic is in Baldwin Park, a city of about 7 square miles in San Gabriel Valley, bordering El Monte, West Covina and Irwindale. It is home to nearly 77,000 people, 4% of whom are white, and a median income of $66,000.

Solis raised a comparison with Beverly Hills, about 30 miles west. In that city’s 6 square miles, 78% of the 34,500 people are white, and the median income is almost twice that of Baldwin Park.

“Tell me what’s wrong with that,” Solis said.

Solis was raised in nearby La Puente by immigrant parents from Nicaragua and Mexico. She previously served as the U.S. secretary of Labor under President Obama and was a congresswoman representing East Los Angeles and the San Gabriel Valley in the 2000s.

She described Baldwin Park as a working class community.

“I’d say on average, many are mostly renters,” she said. “They’re essential workers. And I’d say a large proportion too are undocumented. So there’s a lot of fear. They’re not sure where to go for help. They’re not even sure they can obtain this vaccine. They think someone’s going to charge them or it’s going to affect their immigration status. None of that is true.”

Lena Solis Aguilera, who lived in Baldwin Park for over 20 years and considers St. John the Baptist her home away from home, teaches eighth grade at a middle school in El Monte. She’s an advocate for the undocumented community, and she went to the clinic with her husband, Eduardo Aguilera, and brother-in-law Sergio Aguilera to help them get their first Moderna shot.

Eduardo Aguilera is a permanent resident. Sergio Aguilera is undocumented with a Mexican ID. Two people in their five-person household tested positive for COVID-19 in early January, but because Lena Solis Aguilera was diligent about enforcing quarantine rules, the rest of them remained negative.

After Eduardo Aguilera got his shot, he joked that he felt like a superhero. He’s a cancer survivor who hasn’t been able to work during the pandemic. He wants to get back to doing flooring and painting houses. Sergio Aguilera wants to feel free to go outside and exercise more. He had a stroke a few years ago and wants to recover faster.

Lena Solis Aguilera can’t wait to travel and socialize again. She’s the mother of an adult son, and she met her husband through mutual friends at school. He makes her laugh, and they love to dance.

Aceves has been working with Curative at vaccine sites since late December.

They’ve gone to healthcare facilities, nursing homes and retirement homes. They’re trying to hit the denser COVID-19 hot spots to make it easier for those with language, transportation, technology and other barriers to get vaccinated.

Sometimes, they look for a place like St. John the Baptist to set up a clinic to vaccinate hundreds in one day. Other times, they’ll go to ICFs — Intermediate Care Facilities for individuals with intellectual disability — to vaccinate 10 people.

Aceves said Curative has a diverse staff and prioritizes having people on site who can speak the languages people are comfortable with. They make sure someone is there to check people in and to follow up with them after their observation period.

“It can be scary if you’re going into something blind and you don’t understand the language,” he said. “We really have that conversation, so if they are anxious, they can calm down. And have something familiar close by.”

They have staffers who speak Spanish, Japanese, Mandarin and Tagalog, he said.

“If we’re short-staffed or if we come across an individual who speaks a language we haven’t planned for, then we bring up Google Translate,” he said. “It works out really well. We had folks come in that spoke Russian, we didn’t have any Russian speakers, and we just used Google Translate.”

Church staff, city staff and volunteers were also around to help.

Solis recognized many of the people in line, and she’s proud to be part of these efforts.

“It’s out of respect and dignity and humility,” she said. “These people, but for the grace of God, who knows when they would have been able to get the shot.”

Gutierrez hopes to be able to bring everyone back to in-person church services soon, and safely.

When the vaccines were authorized, he heard hesitancy in his parish, deeply religious people concerned about the morality of the shots. To his relief, in December, the Vatican released guidance approved by Pope Francis that said receiving a vaccine is “morally acceptable.”

“I’m blessed to have a family that comes from big science background,” Gutierrez said. “So I listen to them very carefully. We also have dear parishioners who are involved in the medical industry or even work in infectious [disease] control themselves.”

Gutierrez got vaccinated as soon as he was eligible and has been telling everyone that the side effects are nothing that Tylenol can’t help.

“Churches and places of worship need to take the lead and take care of the community,” he said. “This is what God’s work is about: taking care of the neighbor.” 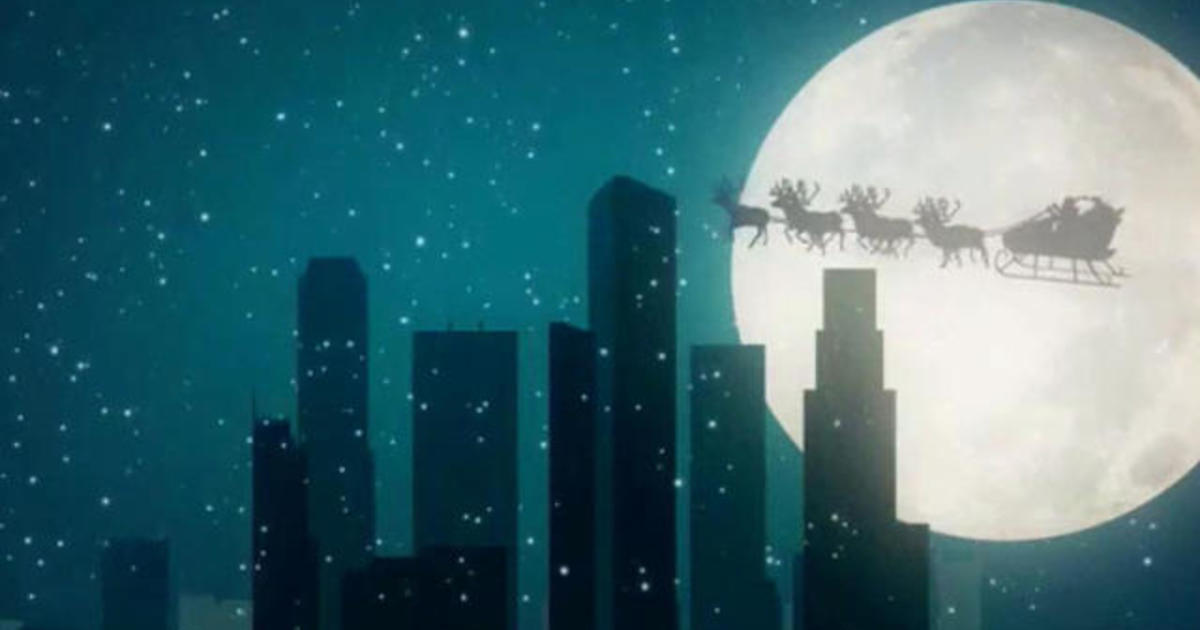 How to track Santa Claus on Christmas Eve

UMass Amherst students suspended for partying outside without masks